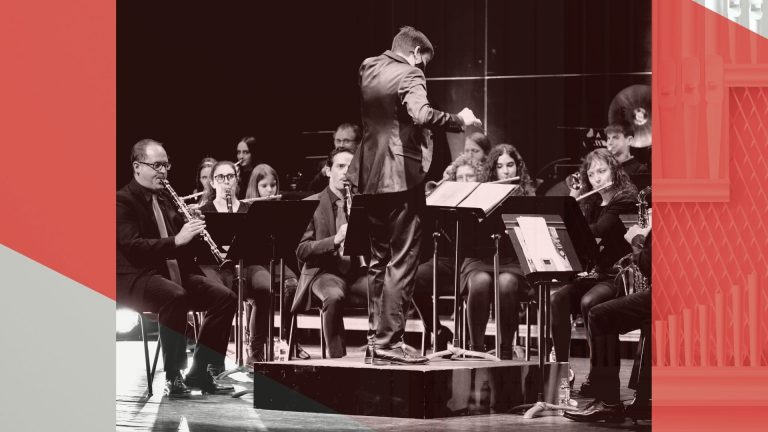 As part of the Day of the Seu and the campaign ‘Let’s restore the organ of the heart of Catalonia‘, the 30th of October  at 9pm the Unió Musical del Bages (Musical Union of Bages) will offer a unique concert with a custom repertoire in the Basilica of Santa Maria de la Seu in Manresa. The purpose of the event is to continue raising funds to finance the restoration of the organ, which is under rehabilitation since December 2020.

Entitled “Listen, feel, imagine”, the music group will invite all attendees to sharpen their senses and create a new library of feelings, emotions, stories and memories. Each of the works in the repertoire is designed to blow the imagination while listening to the narration, the music and, above all, the sensations they provoke on an individual level.

The concert will be the closing of the program of celebration of the Day of the Seu, which year after year the Association of the Friends of the Seu proposes with the aim of revitalizing the heritage of the Basilica of Manresa. This year, the association has wanted to collaborate with the campaign “Let’s restore the organ of the heart of Catalonia” in support of this concert, the proceeds of which will be used entirely for the restoration of the organ.

Tickets for the concert can be purchased the same day of the event at the box office that will be installed at the door of the Basilica of the Seu. The price will be €10 and will serve as a donation for the campaign.

The Unió Musical del Bages is a flexible musical association of wind and percussion instruments, made up of professional musicians, amateurs and advanced music students. It’s an intergenerational meeting point for musicians from very different backgrounds, styles and concerns.

Since its creation, it has performed the traditional New Year’s Concert in Manresa, in the first editions at the Teatre Conservatori and in recent years at the Kursaal Theater, it has organized the celebration of Santa Cecília with the participation of students from schools. of music from Bages and neighboring counties, has performed with the Cor Clavé and choirs from Manresa and Barcelona, ​​has collaborated with Brams and the Cobla Catalana dels Sons Essencials and Pau Riba, has performed concerts for organ and band; has performed charity concerts and performances at the Festa Major and on the Day of Catalonia, and has also performed at the Auditori de Barcelnoa. The Band has also recorded CDs.

Dídac Mirallas is the current director of the Unió Musical del Bages and the concert “Listen, feel, imagine” will be under his baton. Miralles holds a Higher Degree in Clarinet and Saxophone, a postgraduate degree in clarinet from the Perpignan Conservatory and also from the ESMUC. Mirallas was a member of the JONC (Jove Orquestra Nacional de Catalunya) for 6 years and has participated in the IRO (Inter-regional Jugendorchester) orchestra of Germany and the JONDE (Jover Orquestra Nacional de España). In addition, he is a prestigious luthier of clarinets, saxophones and flutes and for many years he has combined his activity as a clarinetist and saxophonist with that of a teacher.