The Seu, located at the top of the Puigcardener, belongs to the Historical Center of Manresa.

To access the Puigcardener from Manresa’s main square (Ajuntament’s square) you must go up the Baixada de la Seu street, which has on its left the “Veguer’s palace” (17th century) and on its right a group of medieval buildings and other annexes of the basilica.

Around its side faces and the apse there is the Seu’s Park surrounded by the city. From here you will have great views of the river, the Old Bridge and Manresa’s monumental entrance, where you will also face Santa Caterina’s tower and  you will be able to admire the surroundings of Central Catalonia’s Geopark, recognised by the UNESCO.

The main façade of the basilica faces the Reforma Square and its car park. At the foot of the Puigcardener hill there is Saint Marc’s medieval chapel. 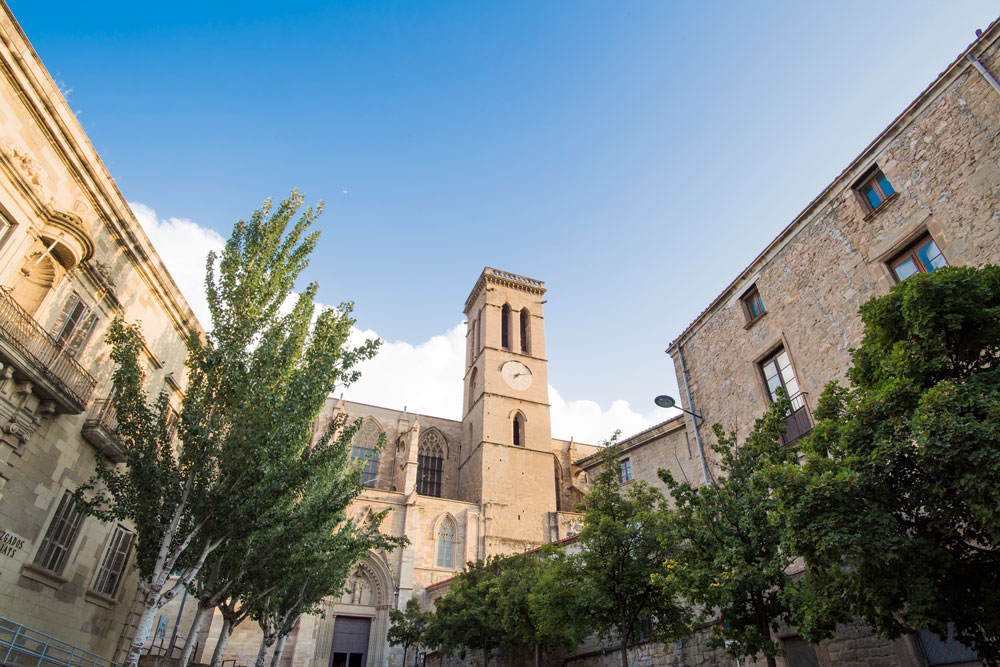 A few meters away from the basilica from the door of Saint Mary you can find the Carrer del Balç, a 14th-century street with an interpretation centre that explains the daily life of the city’s golden age.

The mountains of Montserrat are just a few kilometres from Manresa and from the basilica you can enjoy privileged views of Catalonia’s flagship.

A few minutes walk from the basilica there is  Saint Ignatius Cave, an architectural complex converted into a Spirituality Centre. Saint Ignatius of Loyola spent 11 months in the city of Manresa and from this experience his book Spiritual Exercises emerged. During his stay, Saint Ignatius prayed at the Seu in front of Saint Joseph’s chapel.

The basilica of Manresa is linked to the other Catalan churches opened to visitors through Catalonia Sacra’s network, a project run by the 10 bishoprics with the aim of invigorating the cultural heritage of the Church.