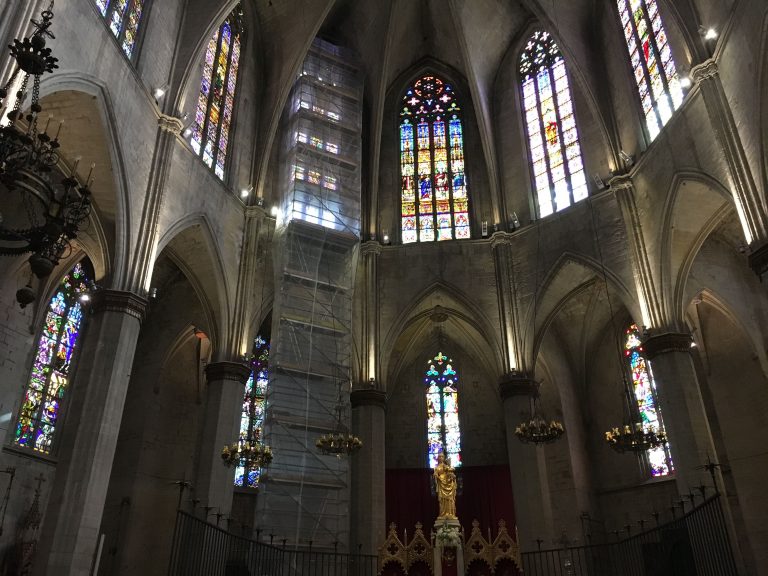 Restoration work begins on the Basilica, declared a Cultural Asset of National Interest as a Historical-Artistic Monument since 1931 and one of the most emblematic temples in Central Catalonia.

The intervention must ensure the preservation of the monument in the framework of the overall project of the temple. The current Master Plan for the restoration work of the Seu was drafted in 2001 and, since then, work has been carried out in a coordinated manner between the institutions to carry out the works. The Department of Culture, the Bishopric of Vic, the ‘Diputació’ of Barcelona and the City Council of Manresa, participate togheter to finance the restoration interventions in the Basilica of Manresa since 2002.

The works have a cost of € 380,000, of which € 200,000 have been financed by the Department of Culture, for the triennium 2020-2022, through a public subsidy for the restoration of buildings of remarkable cultural value. The rest has been contributed by each of the three institutions involved in the project which, again, have renewed the collaboration agreement by which each institution contributes € 60,000 for the execution of the works.

The action focuses on phase 1 of the restoration of the central nave of the basilica. It includes the intervention on the module between buttresses 3 and 4, located in the ambulatory inside the apse, in particular on the second level buttress number 4 and the wall lock between buttresses 3 and 4, as well as the large window with its corresponding stained glass window.

At the same time, the 14th-century Florentine front is also being restored, one of the most important pieces in the Seu’s collection of movable property, considered a jewel of medieval textile heritage worldwide. On September 9, this tapestry was moved to the facilities of the Center for the Restoration of Movable Property of Catalonia for study and restoration, which will last about seven months. An action financed within the framework of the collaboration agreement between the Generalitat de Catalunya and the “la Caixa” Foundation.