Throughout time, the basilica has been an object of study, research and investigation and this has allowed it to continue advancing in its knowledge and dissemination.

Origins of the research

The Puigcardener hill, where the Seu is located, is an important archaeological field, Manresa city’s birthplace. Its knowledge begins as the result of the excavations that took place in 1915. The accidental discovering of archaeological remains (pottery, tombs and several objects) during the groundwork of the new and west located Neo-Gothic façade corroborated the spot’s archaeological interest and demonstrated an interrupted occupancy since the 6th and 4th century b.C.

Priest Josep Guitart took on the responsibility of the excavation and was in charge of its direction, although the objects were not studied in detail or identificated correctly. Afterwards there are other accidental and unique discoverings.

During the 60s and 70s the cleaning and exploration of the cloister’s area tasks were started, especially at the arcades that sustained the Romanesque archway.

Little after that, the Friends of the Seu and the Friends of the Romanseque Art followed researching the walls, indicative of the Romanesque temple characteristics. In 1981 Miquel Cura and Enric Sanmartí studied  the Greek and Italian ceramics and corroborated the existence of an Iberian village. The research of the elements found was followed straight away by Antoni Daura and Joan Gaobart who published (1982-1985) more results. All this information was revisited by Eduard Sánchez in his university degree thesis, published in 1987. A year before (1986), under the direction of Antoni Daura and Eduard Sánchez and with the patronage of the city council and the Friends of the Seu Association, several drilling works all over the hill in order to evaluate its whole characteristics were carried out. The works brought up more objects and also part of a necropolis already known before. In the intervention context of the cloister area restoration, leadered by the Friends of the Seu and financed by the Generalitat (Govermment of Catalonia) (1989-1992), new objects were discovered helping in the knowledge of this spot’s historical vicissitudes. We point up several internments and the remains of a bronze reverberation furnace where a bell was forged. These works were started by Antoni Caballé, Josep Pujades and Marta Sancho, in a first phase, and by Eduard Sánchez in a second one, principally focused at the subsoil of the Favets chapel. Finally it needs to be mentioned the work done by David Olivares, from the Arqueociència enterprise, which led to the discovering of medieval habitat evidences. 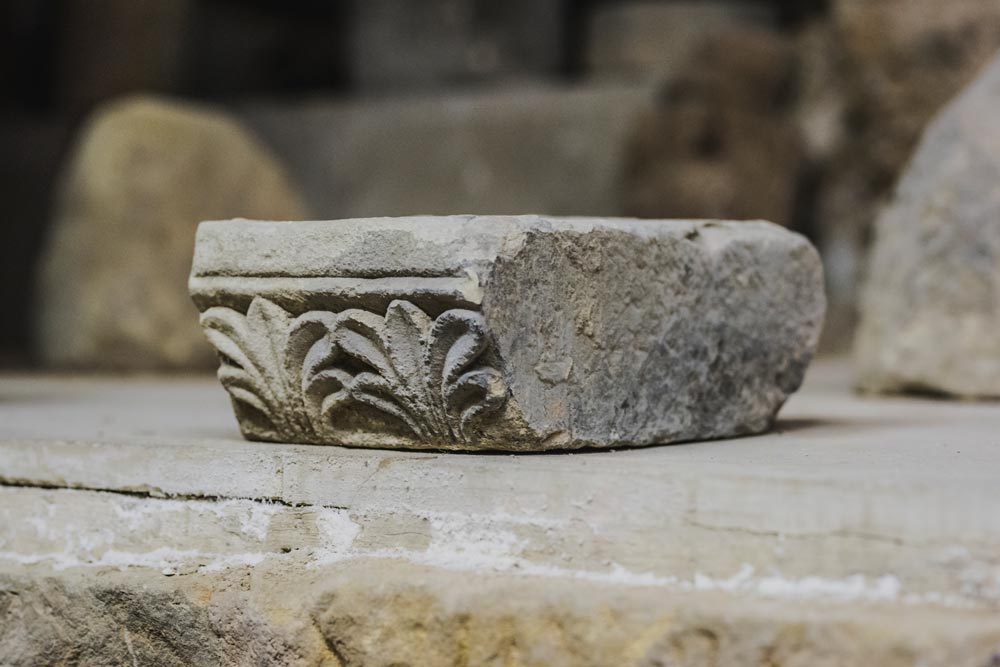 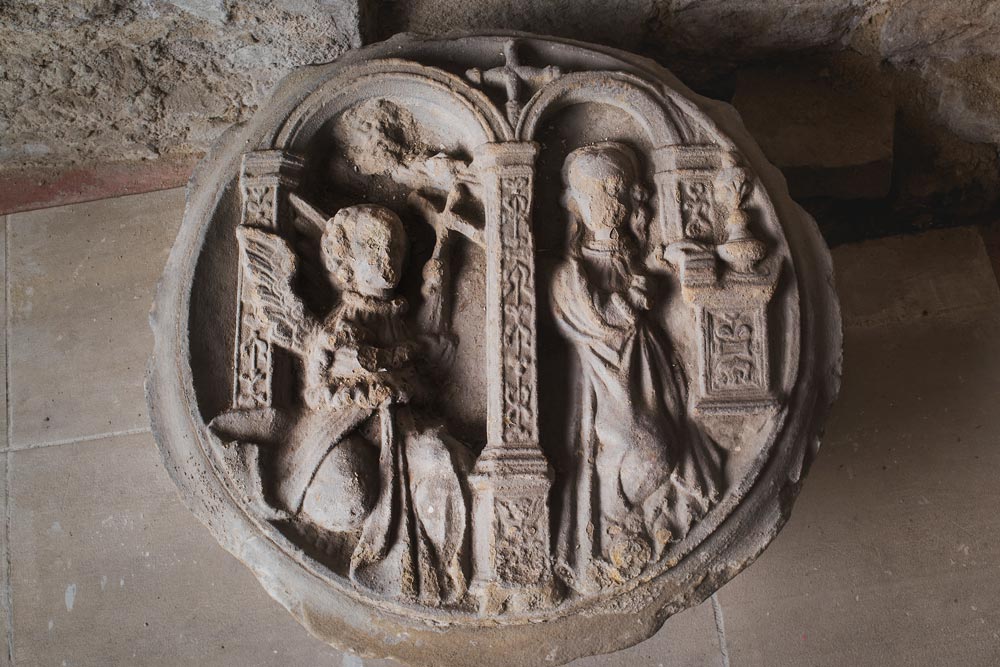 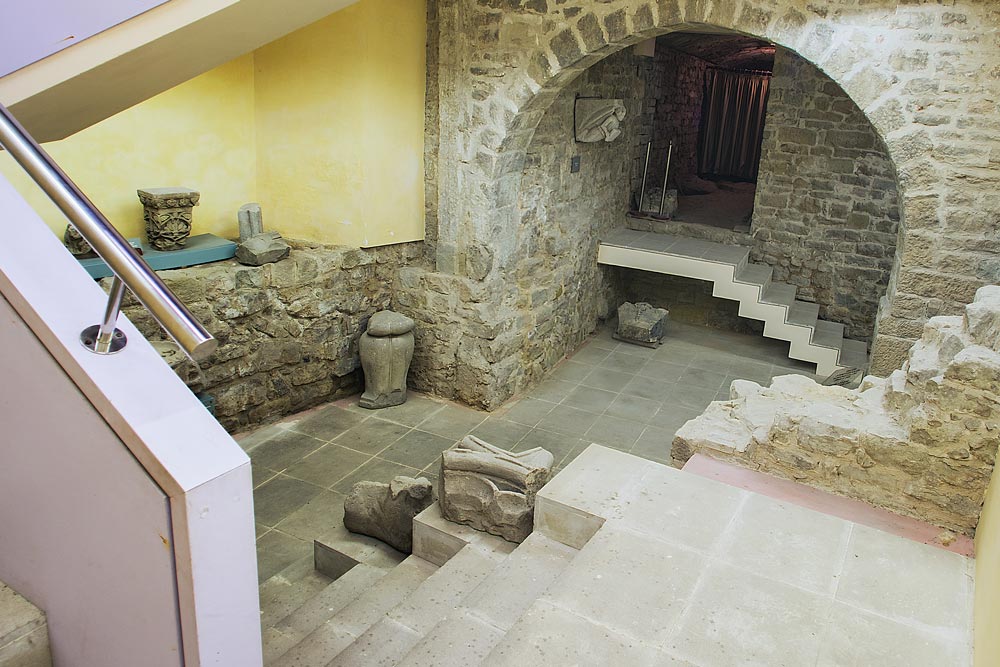 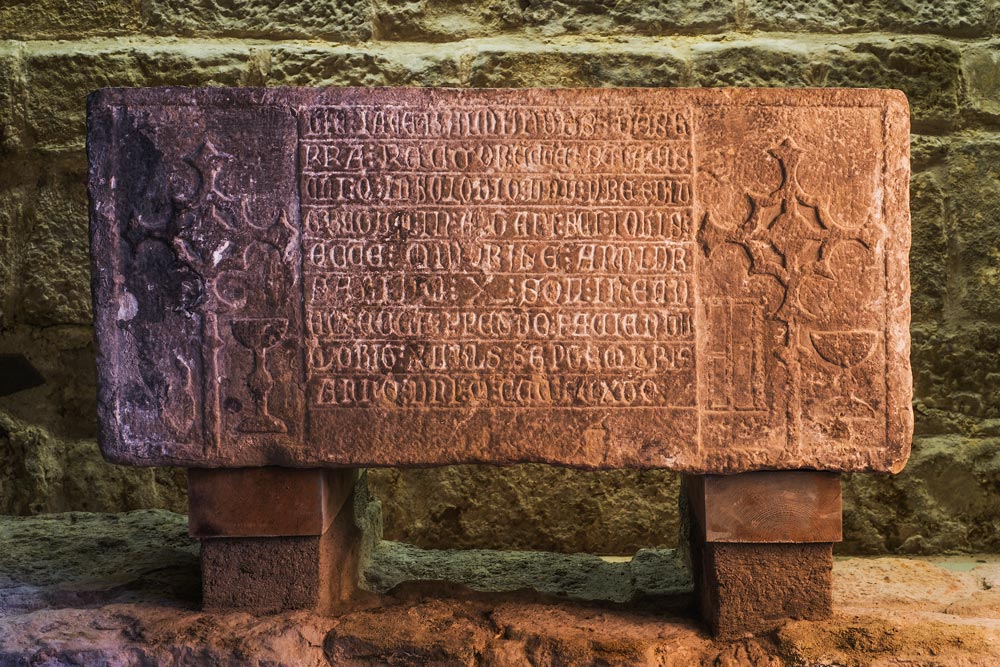 Many internments are proved to be located around the Seu and its subsoil. The ancient ones correspond to a later Roman period. They are about twenty tombs that can be dated between the end of the 3rd century and the beginning of the 6th century. Tipologically the oldest are made in flat Roman tile (tegula), curved at the junctions (imbrex) and with a triangulated section. There are slabs with the same form. Since the 7th century until the 14th century the slab or cist rectangular box is generalized. The last mentioned ones are the most numerous. We also have to mention the discovering of some anthropomorphic sepulchre dug out the natural rock. Benith the Favets chapel there is an accurated stratigraphy of the interments, with examples from the first Middle Ages period to the 19th century.

The most notable of the older ones are the graves covered with slabs, with anthropomorphical characteristics. Lluís Guerrero has made the anthropologyc analysis of this group. It points up the study of a mature woman from the medieval era showing obvious signs of pathologies and a point of an arrow inserted on her leg that caused her death. It also has to be mentioned the sepulchral rooms located beneath the basilica nave, as well as some beautiful funeral vessels and sarcophagus hung up the walls of the apse area. It stands out the one of Knight Bernat of Manresa, the one of the woman descending from the Calders lineage and the ossuaries of Saera’s family.

Next to the baptistery there is canon Mulet’s sepulcher from the 18th century. 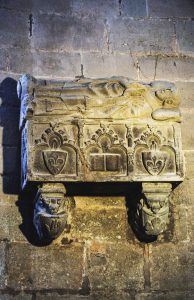