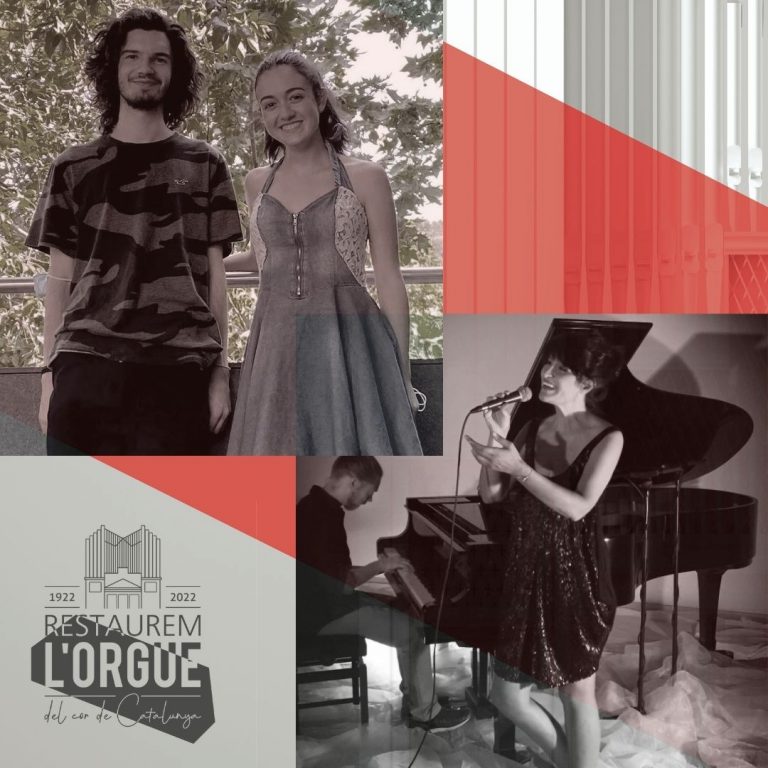 The Organ Commission presents two proposals for the month of August

This August, the Organ Commission is proposing two concerts in the Basilica of Santa Maria de la Seu of Manresa. On August the 1st, Joan Ferrer and Júlia Garrido, modern style singers, will perform pop, folk, soul and musical themes solo and in duet.

On August the 25th, the Seu will host a preview of the Festa Major with the concert “Woman’s soul” by Liliana Navarrete and Eduard Puigrodon, with a collection of songs by Catalan and Latin American singer-songwriters, all inspired by women and their walk through life.

The two events will begin at 8.30 pm and are priced at € 10, which will be used to cover the costs of the concerts and as donations for the restoration campaign of the organ. Tickets can only be purchased on the day of the concert.

Last December, the campaign “Let’s restore the organ of the heart of Catalonia” was presented by the Organ Commission with the aim of recovering the instrument of the basilica, which is in a very poor state of preservation.

The project budget is very high and citizen participation is essential to achieve the desired goal. That is why the Commission has proposed convening cultural and musical outreach events with the aim of publicizing the campaign and raising funds to complete its funding.

In December 2020, the organ of the Seu of Manresa was dismantled and moved to the Carlos M. Álvarez Workshop. The proposal of the Workshop includes the total restoration and reconstruction of the instrumental part of the organ, the redistribution of its interior space, the incorporation of 10 new registers (currently it has 20) with an increase of 461 tubes (it currently has 1437) , the individualization of the registers in its 3 bodies (pedal, major organ and recitative organ), the total renovation of the console, 2 keyboards and pedalboard with a computerized system and electronic transmission and the restoration and reconstruction of the wind system. The estimated duration of all these tasks is 14 months.