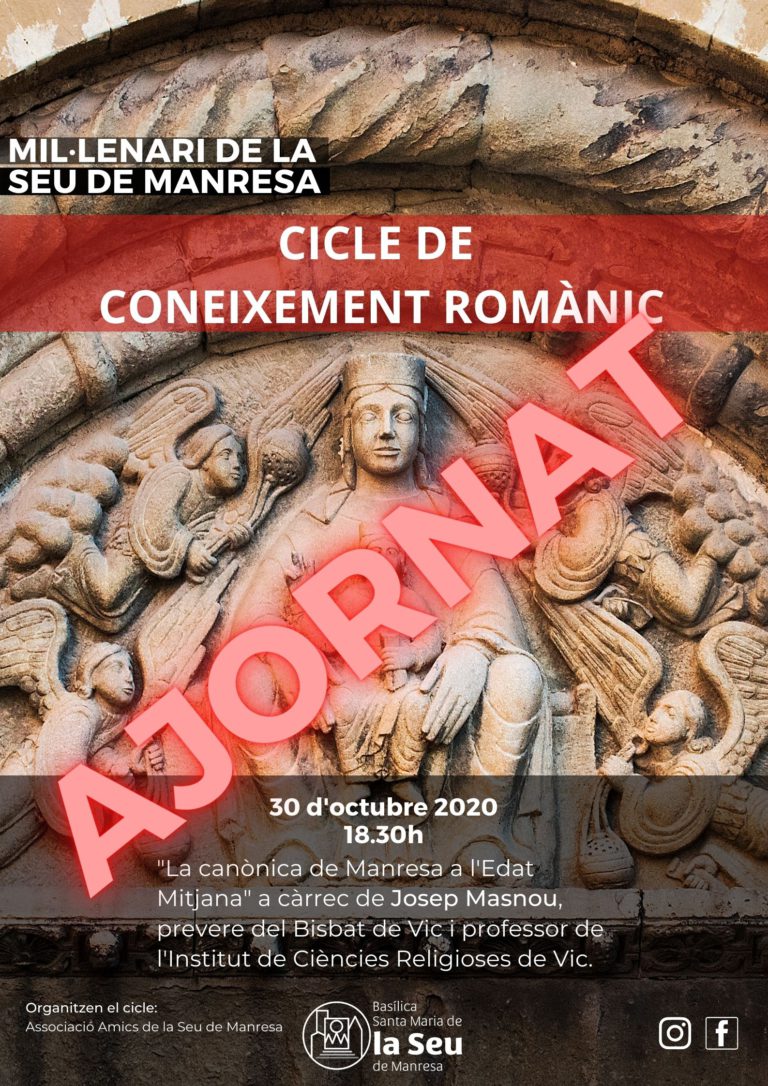 Postponed the cycle of Romanesque knowledge

Following the new health guidelines approved by the Generalitat de Catalunya on Thursday 29th October 2020, the conference “The canonry of Manresa in the Middle Ages” scheduled for Friday 30th of October is postponed.

This was the last presentation of the “Cycle of Romanesque knowledge” and it was held by Josep M. Masnou, presbyter of the Bishopric of Vic and teacher at the Institute of Religious Sciences of Vic.

The cycle consisted of two more conferences that were held according to the planned calendar: “Manresa and its county. From the arrival of Carolingian power to the endowment of the year 1020” which took place on the 9th of October by Dr. Xavier Costa and “La Manresa romànica”, on October 23rd, by Dr. Anna Orriols. Both acts exhausted all localities.

As soon as the health situation allows it, the conference will be rescheduled.

The “Cycle of Romanesque knowledge” is included in the Millenium of the redotation of the basilica’s program.

The basilica is open following the health instructions

Postponed the beatification of the three Capuchin martyrs