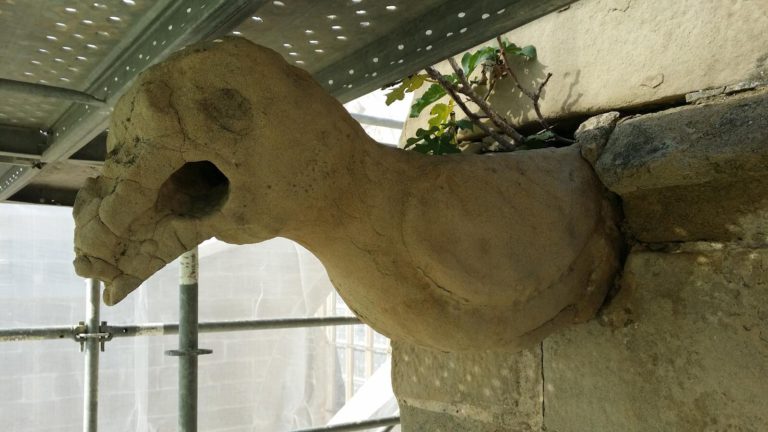 The Seu’s restoration works have begun

Since 2002, the three institutions (Bishopric, City Council and Provincial Council) have been collaborating to jointly finance – with 60,000 euros each – the interventions that make it possible to preserve the Seu, one of the most emblematic buildings in the city and the country.

The works that will be carried out in the temple by this year’s agreement include the continuation of work on the south façade on the double boot arch corresponding to buttress number 10. They also include the updating of the lightning rod and the arrangements of the wiring of the façade, as well as the corresponding fees of the technicians.

At the same time, the Bishopric has also applied to the Generalitat de Catalunya for a public subsidy for the restoration of buildings of notable cultural value, which, if granted, would be in addition to the 180,000 euros that will now be allocated. This subsidy will be used for the rest of the pending work in this year’s total project, which are the three roof modules located between buttresses 17 and 19 and the installation of a network of cameras in the Romanesque sub-cloister, installation that facilitates the opening to the public of this space with the name of Espai Oliba. The request has not yet been resolved.

The 2020 agreement between the Bishopric and the two administrations – the City Council and the Provincial Council – for the restoration of the Seu was signed at the end of July and the works are expected to be completed before the end of the year.

The Basilica of the Seu is a Cultural Asset of National Interest, declared a Historic Artistic Monument in 1931 and one of the most emblematic temples in Central Catalonia. Thus, the temple is the subject of a comprehensive intervention to ensure its preservation. The current Master Plan for the Restoration Work of the Seu was drafted in 2001 and, since then, the Bishopric of Vic and the administrations have been working in a coordinated manner to carry out the works derived from this Plan.

At this point, works are already underway to draft the new agreement that will govern the contributions to make new interventions in 2021.

Postponed the beatification of the three Capuchin martyrs