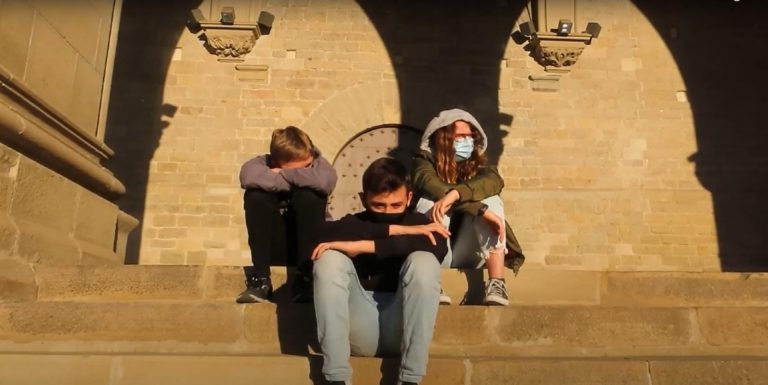 Students from FEDAC Manresa school have released the short film “Mystery in Manresa”, a project that is part of the European film program Erasmus plus.

The audiovisual has been recorded in various areas of Manresa, including the Basilica of Santa Maria de la Seu. The city becomes the scene of a mystery, which three intrepid teenagers have to solve. The clues lead them to the basilica, where they still find more clues than what will become a great unknown.

Erasmus plus is a program that aims to project cultural heritage through cinema. This is the second year that FEDAC Manresa has taken part and on both occasions the Seu has given them the necessary spaces to carry out the recordings.

You can watch the short film here.